Differents types of homologs in OMA

In OMA, we infer and provide several sub-types of orthologs: pairwise orthologs, Hierarchical Orthologous Groups (HOGs), and OMA Groups . It is important to understand how these three categories of orthologs are different in order to choose the appropriate type for your analysis. The differences between the three sub-types of orthologs reported in OMA are all based on one main factor: how they are inferred. In the OMA algorithm, the pairwise orthologs are inferred first, and are then used to build the HOGs and OMA Groups. 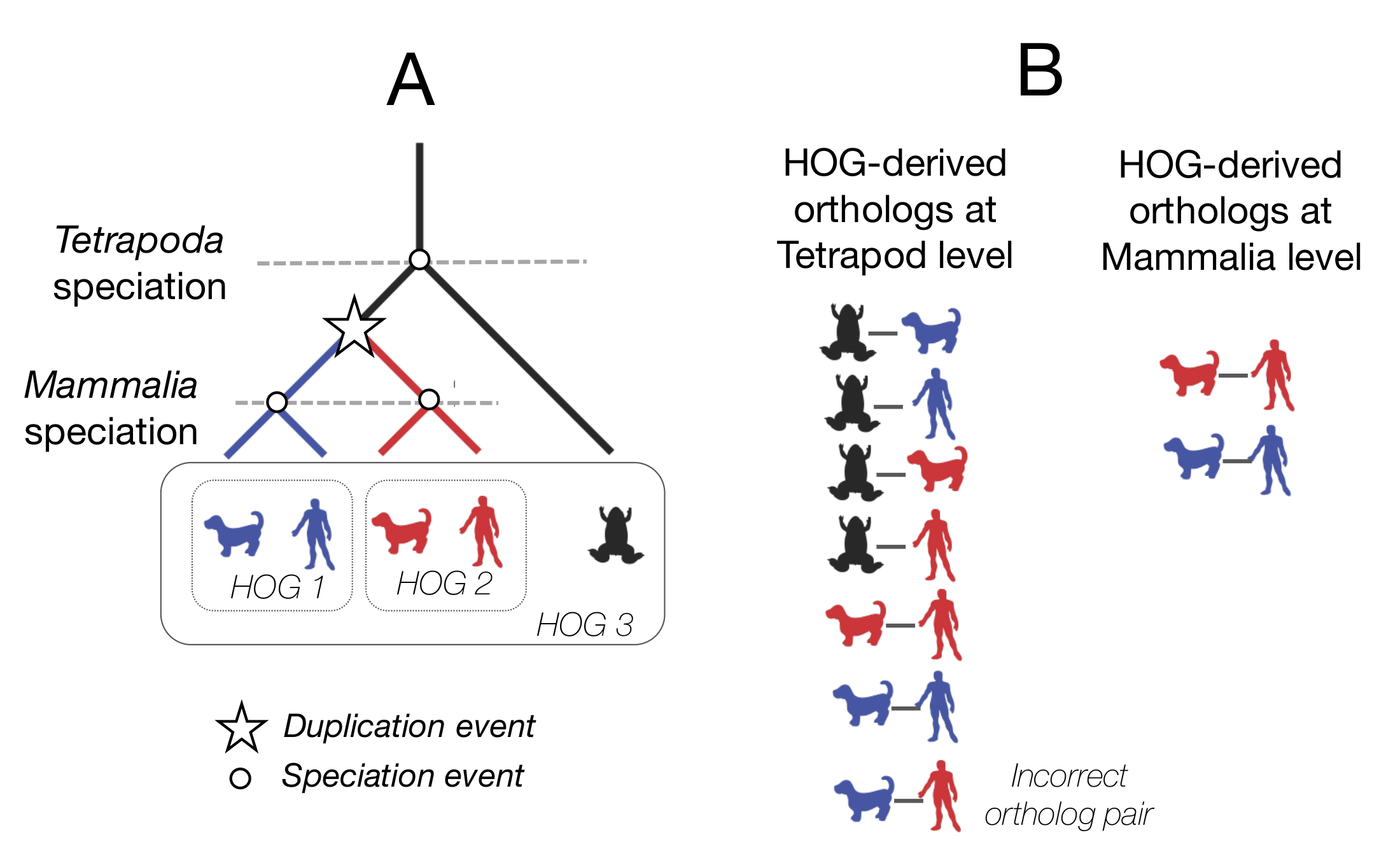 In OMA, we define homeologous genes as pairs of homologous genes that have started diverging through speciation between the progenitor genomes and then merged back into the same genome by hybridization. Thus, homeologs can be thought of as ‘orthologs between subgenomes’.
Please see (Altenhoff et al. 2015), (Zahn-Zabal et al. 2020) for more information.